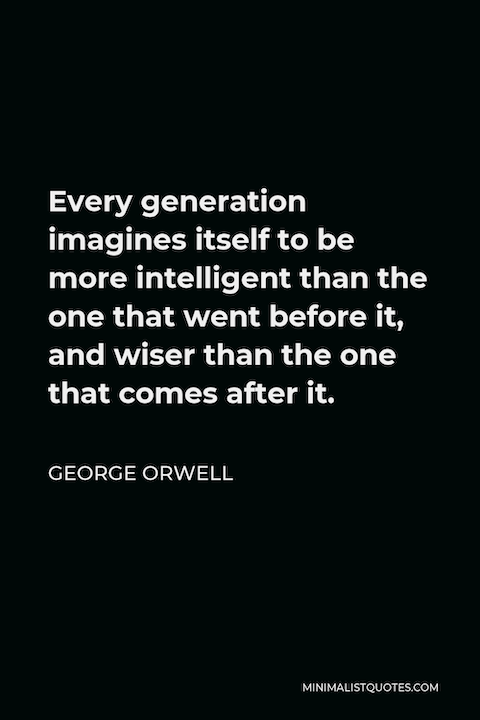 This week Jaime and Kevin tackle what makes holiday get-togethers so fascinating (aside from Uncle Bob’s antics): Generational Differences.  Your ever curious co-hosts focus on the challenges of living and interacting in a multi-generational world.
CW: Adult Language

During this episode we discuss:

This week Jaime and Kevin tackle what makes holiday get-togethers so fascinating (aside from Uncle Bob’s antics): Generational Differences.  The discussion focuses on the challenges of living and interacting in a multi-generational world.

Your ever-curious co-hosts discuss what a generation gap is and how expectations of generational “standards” impact their lives. They're asking the real questions: Is it ok to be forty and not own a home yet? Do Millennials have more in common with Gen X or with Boomers? What's the problem with "no problem?"

With a lot of technological advances, changes in the socio-political scene, and changes in communication styles, there’s often friction between generations at home and in the workplace. Listen in for generational shenanigans on today’s highly caffeinated episode.

Their expertise in regards to The Generation Gap? Anecdotal experiences paired with chasing a few rabbit holes while googling.

Their qualifications to discuss the topic? Well, they have coffee and an internet connection but Kevin and Jaime are fresh out of qualifications.

Basically, anything they discuss? Don’t take their word for it - but they hope you enjoy the show!

“Wow, you really woke up this morning and chose violence.”

“We’re getting some new humans imported…”

“What, did you order them online? OH! I guess technically you did! You ordered them from Indeed! … I just realized we’re an online commodity.”

“I think that’s one of those things where how it’s taught and how we, in a certain group of generations, are taught to view history: it’s very condensed, it’s very streamlined, it’s clean. And as you’re living history, you’re like, ‘I am tired of living through historical events!’ Yanno? And when you read it in a textbook later, you’re like “That’s IT? That’s the blurb you’re giving it? You guys don’t- There was so much more to it!’ And now we’re finding, as we’re digging into it, there’s a lot sometimes to what’s been glossed over.”

“I would like to congratulate drugs, for winning the war on drugs!”

Coffee and common ground this week

Remember the Generation Gap? No, Not THAT One! | History News Network Info on historical generation gap

From the 2009 Generation Gap to the 2020 Great Divide – NielsenWhat's the Problem with 'No Problem'? | Merriam-Webster

A 16-Year-Old Explains 10 Things You Need to Know About Generation Z (shrm.org): An article from 2018 where a 16 year old talks about Gen Z. Pretty interesting read!
Capturing the Wisdom of Four Generations (shrm.org)

What We Know About Gen Z So Far | Pew Research Center: Gen Z comparisons with other generations.

Example: Millennials, Gen Zers are progressive and pro-government, most see the country’s growing racial and ethnic diversity as a good thing, and they’re less likely than older generations to see the United States as superior to other nations.
Gen Z is more racially and ethnically diverse than previous generations.
Among Republicans and those who lean to the Republican Party, there are striking differences between Generation Z and older generations on social and political issues.
In their views on race, Gen Z Republicans are more likely than older generations of Republicans to say blacks are treated less fairly than whites in the U.S. today. Fully 43% of Republican Gen Zers say this, compared with 30% of Millennial Republicans and roughly two-in-ten Gen X, Boomer and Silent Generation Republicans. Views are much more consistent across generations among Democrats and Democratic leaners.

Millennials age group are expected to inherit $68 trillion by 2030 from Baby Boomer parents. Of course, that payout isn’t going to be even across the board, with wealthier families retaining the bulk of wealth and the majority of Millennials laden with debt.

And with Generation Z (born 1997-2012) starting to come of age, the uneven playing field is making it hard to begin accumulating wealth in the first place.

Since it is in the best interest of societies to have wealthy generations that can drive economic growth, potential solutions are being examined all over the political sphere. They include different taxation schemes, changing estate laws, and potentially cancelling student debt

How Millennials Approach Family Life | Pew Research Center: 30% Millennials live with a spouse and child compared with 40% of Gen Xers at a comparable age. Previous research highlights not only the sheer size of the Millennial generation, which now surpasses Baby Boomers as the largest, but also its racial and ethnic diversity and high rates of educational attainment. This research also notes that Millennials have been slower than previous generations to establish their own households.

A new analysis of government data by Pew Research Center shows that Millennials are taking a different path in forming – or not forming – families. Millennials trail previous generations at the same age across three typical measures of family life: living in a family unit, marriage rates and birth rates.

The Generation Gap in American Politics | Pew Research Center - info on the politics in each generation.

Which generations have the most members in the 117th Congress? | Pew Research Center

https://www.inc.com/jessica-stillman/a-new-study-reveals-surprising-reason-why-every-generation-complains-about-kids-these-days.html   How not to become a grumpy old cliche

Show us your common sense:

We would love to hear from you. How do you view the Generation Gap? What challenges have you faced in dealing with generational expectations? Do you take your coffee the same way your parents or your kids do? Drop a line in the comments or over on our Facebook page and let us know!